We hear announcement often, but what does it really mean? In the corporate world, is each boss a leader? And is each leader a boss? The brief answer is no to both questions. Let us look first at the definition the noun of both words.

BOSS – one who uses or superintends workers

LEADER – a person who guides or leads

Now, let us look at the verb. Find this informative since one that is, normally does. A boss would boss and a leader could direct.

BOSS – to supervise or be in control of; to be domineering or overbearing

LEAD – to go before or with; to demonstrate the way

This makes me emphasize again that a boss can be a pioneer, a leader could be a boss, but neither is always the other. Sounds confusing, does not it? Your supervisor, the Person you report to, is by default your own boss. They may be the largest of authoritarian figures, filled with self-importance and is extremely self-centered. All too often they look at just one thing, and that is what has to be done. Unfortunately, they neglect to take into account the fact that how things get done, or the way in which they ask something has done has an enormous effect on the business as a whole. 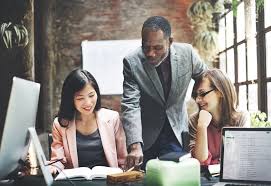 On the other hand, a Leader has that something special that makes people wish to perform at their very best level. Instead of dictate, a pioneer suggests, coaches and directs by example. A union shop is a Perfect illustration of bosses. On the assembly line, there is lot of people being domineered. Get out the product, or else. The line supervisor boss is accountable for the numbers. If they numbers are not being fulfilled, his boss is asking demanding for a response. The trickle down impact at its best, on up to the program manager. Each degree has a degree above to reply to and a degree below to be in control of.

Take this scenario and Turn it to a leader-based assembly line. If there’s a problem meeting the numbers, the boss/leader are in the line helping fix the issue, solve the problem or ascertain what could be done – working with the workers. A leader creates an Air of cohesiveness, camaraderie, teamwork, and responsibility. Creativity is abundant in a direction environment. On the flip side, the Boss vs Leader stifle creativity and self-thinking. People are not important, only outcomes. This becomes evident very quickly to the workers. The leader/boss is respected and people wish to attain success to please him. The boss gets results through intimidation and being demanding.